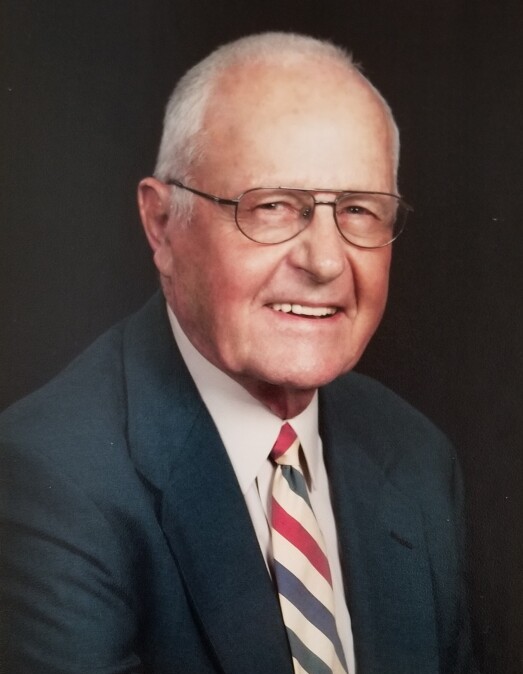 Alan “Al” Miller Lehman, 94, of Eureka, formerly of Congerville, passed away at 2:50 p.m. on Sunday, November 7, 2021 at the Apostolic Christian Home of Eureka.

He was also preceded in death by his parents and one brother, Blaine and his pet cat PJ.

He is survived by two daughters; Peggy Leonardson of Morton IL; Melinda Lehman of Austin, TX; his son, Martin (Mary) Lehman of Congerville IL and several nieces and nephews.

Alan attended grade and high school in Girard, PA. He attended Pennsylvania State University and graduated with a bachelor’s degree in Agricultural Engineering in 1951.

He was in the United States Army from 1951-1954 stationed at the Army Chemical and Radiological Lab in Edgewood, MD. Alan worked for Caterpillar at the Peoria Proving Grounds for 35 years, retiring in 1989 as a Supervising Engineer.
Alan attended Eureka United Methodist Church.  He was a Sunday school teacher, official board chairman, choir member, and usher.
He was a Congerville Community Club President and was on the School District 140 School Board from 1971-1977, serving as president from 1976-1977.
Private family services will be held at Eureka United Methodist Church. Reverend Ted A. Hartley will officiate. Cremation rites will be accorded. Argo-Ruestman-Harris Funeral Home is handling arrangements for the family.
In lieu of flowers, memorial contributions may be made to the Eureka United Methodist Church or Alzheimer’s Association. Online condolences may be sent to the family at www.argoruestmanharris.com.

To send flowers to the family or plant a tree in memory of Alan "Al" Miller Lehman, please visit our floral store.

To send flowers to the family in memory of Alan "Al" Lehman, please visit our flower store.