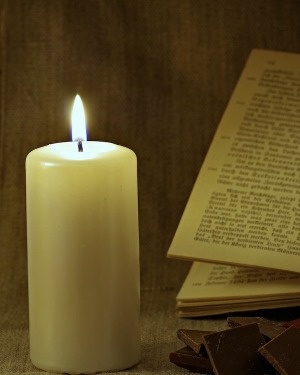 Richard L. Kupferschmid, 74, of Eureka passed away at 8:54 p.m. on Sunday, September 5, 2021 at Carle BroMenn Medical Center in Normal.
He was born on June 25, 1947 in Peoria, Illinois, a son of William L. and Nettie (Bachtold) Kupferschmid. He married Maribeth Ebach on May 18, 1969 in Forrest, IL. She survives.
Survivors also include his children, Bradley (Cheryl) Kupferschmid of Cordes Lakes, AZ; Rodney (Cindy) Kupferschmid of Eureka; Shelly (Greg) Kaeb of Carlock; Eric (Joy) Kupferschmid of Rock Rapids, IA; Angie (Marvin) Baer of Edelstein; Darin (Tami) Kupferschmid of Prescott Valley, AZ; Lisa (Matthew) Schmidgall of Roanoke; brothers and sisters, Orville Kupferschmid; Marilyn Ruegsegger both of Forrest; Velda (Don) Hish of Bloomington; Betty Ifft of Cornell; Bill (Celeste) Kupferschmid; Dean (Robin) Kupferschmid both of Forrest; 35 grandchildren; four great-grandchildren.
He was preceded in death by his parents, two brothers, Alfred and Gary; two grandchildren, Derek Kupferschmid and Kyla Schmidgall.
Richard worked at Caterpillar for many years and also did construction in the area. He enjoyed caring for his flowers and spending time with family. Above all, his faith in God was most important to him.
Richard was a member of the Apostolic Christian Faith Church of Eureka where funeral services will be held at 10:00 a.m. on Thursday, September 9, 2021. Church Ministers will officiate. Visitation will be held from 4-7 p.m. on Wednesday, September 8, 2021 at Argo-Ruestman-Harris Funeral Home in Eureka and also from 9-9:45 on Thursday prior to services at the church. Burial will be in the Apostolic Christian Faith Church Cemetery.
Argo-Ruestman-Harris Funeral Home in Eureka is assisting the family with arrangements. Memorial contributions may be made to the charity of your choice. Online condolences may be sent to the family at ww.argoruestmanharris.com.

To send flowers to the family or plant a tree in memory of Richard L. Kupferschmid, please visit our floral store.

To send flowers to the family in memory of Richard Kupferschmid, please visit our flower store.