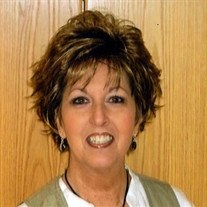 Suzanne (Thompson Mawyer) McDowell died August 18th at Northwestern Memorial Hospital in Chicago. She was born on June 8, 1948 in Charlottesville, VA. She was the daughter of Edward Hardwick and Ellen Parr Thompson of Charlottesville, now deceased. She is survived by one
sister, Linda (Earl) Morris of Hedgesville, WV; one son, Rob (Andrea) Mawyer of Rockford, IL; two grandchildren, Ella and Mazie Mawyer; a stepdaughter, Hayley (Eric) Martin of Goodfield, IL; two stepsons, Drew (Jocelyn) McDowell of Peoria and Lucas McDowell of Pekin; one cousin, Diane Richards of San Diego, CA; and her husband and best friend, Jerry McDowell of Goodfield.

Suzanne grew up in Charlottesville and enjoyed the kind of life that such a beautiful and historical area can bring. She began her teaching career at Albemarle High School and later taught at Western Albemarle High School, where she never tired of seeing God's beauty on her way to work each day. She had many wonderful memories of the students and colleagues she worked with and remained Facebook friends with many former students up until the end.

After moving to Illinois in 1993, she began working for District 87 schools and continued the work that she loved, helping students find career choices and directing them to accomplish their goals. She retired from the district in June, 2010, leaving behind many close friends, students, and co-workers. While with the district she received the Golden Apple Award for Teaching Excellence in 2008 as well as Provider of the Year for Illinois Department of Economic Security (Career Link) in 2007. She was a newly installed member of Delta Kappa Gamma. Her most special honor, however, was the sincere "thank you" she received from generations of parents and students.

She was a volunteer for the American Heart Association, the Peoria chapter of the American Cancer Society, St. Jude's, and the Leukemia and Lymphoma Society.

Funeral services will be held at 11:00 am on Saturday, August 22, 2015 at the Argo-Ruestman-Harris Funeral Home in Eureka. Visitation will be from 9-11 am before the service. Pastor Doane Brubaker will officiate. Interment will be at Olio Cemetery in Eureka. Memorials may be made to the Humane Society of Central Illinois, the Bloomington Area Career Center, or any charity you are passionate about.


To send flowers to the family or plant a tree in memory of Suzanne McDowell, please visit our floral store.

To send flowers to the family in memory of Suzanne McDowell, please visit our flower store.