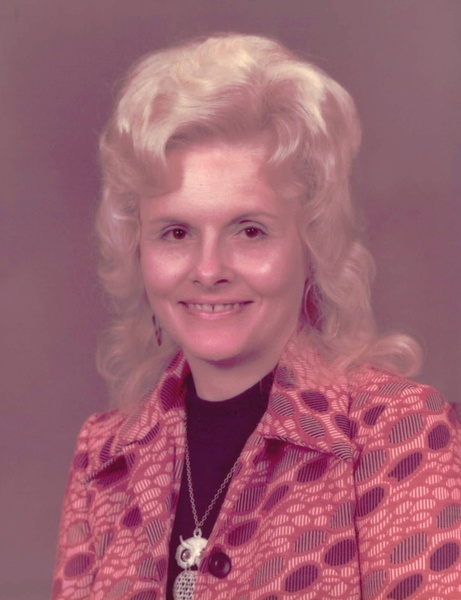 Alice was born on July 22, 1930 in Woodford County at a farm near Benson, IL a daughter of Tjebbe and Ancke Upts Johnson. She married Mark Lohr on January 15, 1950. She later married Robert Wargo on October 16, 1977. He preceded her death. She then married Wayne Wettstein December 24, 1982 in Eureka. Her Loving husband, Wayne Wettstein who survives.

Alice was preceded in death by her parents, a son, James Lohr.

Alice loved life, had a flare for decorating her home, loved quilting, crocheting afghans. She always had a garden preserving the produce to feed to her family. She was an avid gardener. Working with the boy scouts and girl scouts and teaching Sunday school. She gave birth to 5 babies in 10 years, after which worked at Minonk grade school as assistant to the Principal and substitute teaching. She then worked at Minonk State Bank as Executive secretary and filling in at the stations. After moving to Eureka worked at Eureka National Bank for 2 years. She then worked as a realtor for 6 years for Eureka Land Company and 10 years for Century 21 Lakeview Realty. She was an active member of Our Redeemer Lutheran Church in Eureka.

Private family services will be held on Friday, April 30, 2021 at Argo-Ruestman-Harris Funeral Home in Eureka. Pastor Joe Burns will officiate. Services will be live streamed on the Argo-Ruestman-Harris Funeral Home Facebook page. Visitation will be held on Friday, April 30, 2021 from 1-2p.m. at the funeral home in Eureka. Social distancing guidelines will be observed. Burial will in the Olio Township Cemetery in Eureka.

Memorial contributions may be made to Our Redeemer Lutheran Church in Eureka. Online condolences may be sent to the family at www.argoruestmanharris.com.

To send flowers to the family or plant a tree in memory of Alice Ann Wettstein, please visit our floral store.

To send flowers to the family in memory of Alice Wettstein, please visit our flower store.