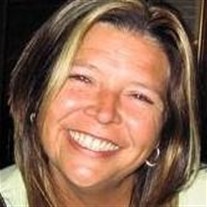 Angie was born in Torrance California where she lived in until she was 13 and moved to Louisville KY, were she graduated from Oldham County High School. She eventually went on to graduate with Bachelors in Communications from the University of Louisville which took her to Caterpillar where she was employed for 17 years. Angie loved to read, travel to the ocean, being outdoors, shopping, and enjoyed spending time with friends and family. The biggest part of her life was spending time with her animals; two dogs (Jocko and Jazzy) and a parrot (Pickles).

She is preceded in death by her father Walter E. Davis Sr., her mother Alma Loretta Davis and her sister Vickie Lynne Schnoor.

A funeral service will be held at 7 p.m., Monday, July 30, 2018 at Argo-Ruestman-Harris Funeral Home in Eureka, IL. Visitation will be prior to services on Monday from 4 to 7 p.m. at the funeral home. Cremation will be accorded.

In Lieu of flowers, memorials may be made to WCIC (Christian Radio Station) or the Humane Society.


To send flowers to the family or plant a tree in memory of Angela Davis-Myers, please visit our floral store.

Please click here to view the video tribute
To send flowers to the family in memory of Angela Davis-Myers, please visit our flower store.