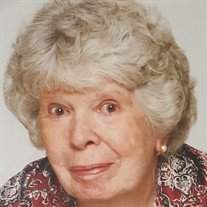 Betty Lou Holmes, 86, of Eureka, Formerly of Almena, WI passed away on August 14, 2018 at 4:19am at the Loft of Eureka (formerly Acute Care). She was born on March 31, 1932 to the late Cecil and Mae Louella (McGuffin) Highbarger. She married Henry Mickelson on February 14, 1953 in Rockford, IL. The father of Dennis Mickelson of Anderson, CA, Kim Holmes of Eureka, and Darren (Jane) Mickelson of Clinton, IA. Henry preceded her in death in 1978. Betty later married Marvin Holmes on October 04, 1976 in Almena, WI. The father of Sheri Mallon of CA, Marvin Holmes Jr. of Brainard, MN, and Marianne (Victor) Lenta of Yucaipa, CA. Marvin preceded her in death in 1995.
Betty was preceded in death by her parents, three sisters and two sons Daniel Mickelson and Michael Holmes.
She is survived by 3 sons, 3 daughters, 20 grandchildren and several great grandchildren.
Betty enjoyed golfing, painting, crocheting, reading and watching her favorite Western movies.
Cremation has been accorded. A visitation is scheduled on Saturday August 18, 2018 from 10:00 to 11:30 am at Argo-Ruestman-Harris Funeral Home in Eureka. A Memorial Service will be held at 11:30 Doug Hicks will officiate. Private Family burial of remains will take place on a later date. Online tributes and condolences maybe made at argoruestmanharris.com.
Memorial contributions may be made to the Heart House of Eureka.


To send flowers to the family or plant a tree in memory of Betty Lou Holmes, please visit our floral store.

Please click here to view the video tribute
To send flowers to the family in memory of Betty Holmes, please visit our flower store.