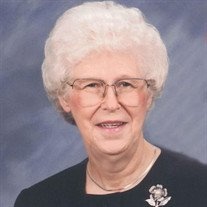 She was preceded in death by her parents, step-mother Amy R. Lay, and her sister, Patricia Melcher.

Beverly worked as a secretary at Shottenkirk Chevrolet in Abingdon, IL and as a church secretary at United Methodist Church in Abingdon, but for most of her life she was a loving wife, mother, and grandmother.

Beverly enjoyed reading and was an avid sports fan, rooting for the Chicago Cubs, Bulls and Bears but her greatest joy was attending the volleyball and basketball games of the Eureka Middle School and High School boys and girls and the girls basketball games of Eureka College and ICC. She also enjoyed attending plays and musicals at Peoria Players, Corn Stock, Eastlight Theatre and others.

Beverly, along with her husband, delivered Meals-on-Wheels for Maple Lawn Homes in Eureka and Snyder Village in Metamora for many years. They also volunteered at Heart House in Eureka.

She was an active member of the Eureka United Methodist Church , a member of the Black Partridge Chapter of the Daughters of the American Revolution , Chapter IQ, PEO of Eureka, and 20th Century Book Club of Eureka.

Funeral services will be held at 11:00 am on Saturday, November 29, 2014 at the Eureka United Methodist Church. Revs. Ron Martz and Paul Wier will officiate. Visitation will be held on Friday evening from 4-8 pm at the Argo-Ruestman-Harris Funeral Home in Eureka and one hour prior to services at the church. Private family burial will be in Fondulac Cemetery in East Peoria, IL.
Memorials may be made to the Woodford County Relay for Life, Eureka United Methodist Church, or the Children's Hospital of Illinois in Peoria.

To send flowers to the family or plant a tree in memory of Beverly J. White, please visit our floral store.

Please click here to view the video tribute
To send flowers to the family in memory of Beverly White, please visit our flower store.