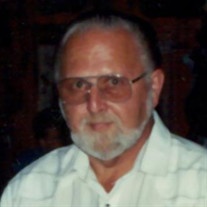 Charlie worked at Hyster Company in Peoria as a tool & die man until 1977. He later worked at AO Smith Harvester in Eureka until it closed in 1984. Charlie then owned and operated Cato Automotive in Eureka until his retirement in 1994.

He was a loving husband, father, brother, and a wonderful grandfather. He had a love of hunting, fishing and camping. Charlie's best times he had with his family were camping along the Mackinaw River. He was quite a story teller, it seems he had a story for every situation. He will be remembered for his kind generosity and warm heart. He never knew a stranger. There wasn't a day that he didn't ask about his family. He will be deeply missed by all of us. Charlie, your daffodils are coming up.

A funeral service will be held at 11:30 a.m., Thursday, February 23, 2017 at Argo-Ruestman-Harris Funeral Home in Eureka. Rev. Ron Martz will officiate. Visitation will be two hours prior to the funeral service on Thursday from 9:30 to 11:30 a.m. at the funeral home. Burial will be in Olio Cemetery.

Memorials may be made to The American Lung Association. Online tributes and condolences may be made at argoruestmanharrisfuneralhome.com


To send flowers to the family or plant a tree in memory of Charles "Charlie" Cline Cato,, please visit our floral store.

To send flowers to the family in memory of Charles Cato,, please visit our flower store.