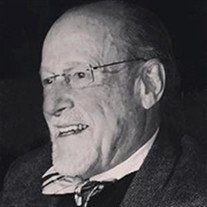 Beloved husband, father, grandfather, opera singer, stage director, and teacher, Dan Sullivan died peacefully February 18, 2017 in his home in Jamaica Plain, Massachusetts. He had recently celebrated his 77th birthday after a remarkable performance career, a full and robust life, and a courageous 12-year battle with cancer.

Roger Daniel Sullivan was born February 13, 1940, in Eureka, a small farm town in central Illinois, the son of Roger A. and Marjorie F. Sullivan, and older brother of Alice Ann Sullivan.
On February 22, 2017 he was buried with his parents in Olio Cemetery in Eureka in the Sullivan family plot.

He served in the US Army during the Vietnam conflict as a proud member and soloist in the US Army Band and Chorus "Pershing's Own," regularly performing at The White House for President Lyndon B. Johnson and other dignitaries.

He met his wife soprano Sharon Daniels while singing Marcello to her Musetta in an Arizona Opera production of La Boheme, directed by Richard Pearlman. The two married in 1976, and settled in New York City where they became principal artists with The New York City Opera and shared a run on Broadway of The Most Happy Fella, broadcast on PBS "Great Performances."

Highlights of Dan Sullivan's many roles include all the bass and baritone roles in La Boheme, Dr. Bartolo in Le Nozze di Figaro, both Figaro and Dr. Bartolo in Il barbieri di Siviglia, Leporello in Don Giovanni, Don Alfonso in Cosi fan tutte, Scarpia in Tosca, Sackett in the World Premiere of Stephen Paulus' The Postman Always Rings Twice (OTSL and the Edinburgh Festival), George Melbury in the World Premiere of Paulus' The Woodlanders, the title roles in Don Pasquale, Falstaff and Gianni Schicchi, Dulcamara in L'elisir d'amore, Bottom in A Midsummer Night's Dream, Sulpice in The Daughter of the Regiment, George in Of Mice and Men, Sharpless in Madama Butterfly, the elder Des Grieux in Manon and Nilakantha in Lakme. He performed locally in character roles at Boston Lyric Opera.

Sullivan's television credits include appearances in L'Enfant et les Sortileges directed by George Balanchine for "Dance in America," A Tribute to Leonard Bernstein on "60 Minutes," A Midsummer Nights Dream on IPBS, NYCO production of The Cunning Little Vixen on "Live from Lincoln Center," and The Most Happy Fella on PBS "Great Performances." He can also be heard on cd in L'Africaine (Verrett) and Die Fledermaus (Sutherland), both recorded at the San Francisco Opera.

Dan sang in concert with The Chicago Symphony and many regional American symphony orchestras. He performed more than 500 "Informances" (informal informative performances) as an Affiliate Artist for the John Deere and Sears Roebuck Foundations in Iowa, Georgia, Virginia, New York State, and for the Lyric Opera of Kansas City.

Sullivan received degrees from Illinois Wesleyan University and Northwestern University and was on the faculties of voice and opera at the University of Nebraska at Omaha and The University of Arizona. In Boston since 1989, he taught voice at University of Rhode Island, Extension Division at The New England Conservatory of Music, Longy School of Music, and Emerson College. He also served as stage director of several area opera performances. After retiring from academia, he continued teaching privately in his home studios in Brookline and Jamaica Plain to students who became some of his dearest friends and confidants.

He served on the board of the Boston Chapter of National Association of Teachers of Singing. Dan was a recipient of the prestigious Martha Baird Rockefeller Grant for Music, and is listed in Who's Who in Opera.

Dan was a twelve-year survivor of Multiple Myeloma, fortunate to be on the cutting edge of cancer research and multiple trials with the Beth Israel Hematology and GI Oncology teams. His family is forever indebted to Drs. Jacalyn Rosenblatt and Benjamin Schlechter, nurse practitioners Jamie Mortellite and Adrienne Terra, RN Sue McClure, social worker Linda Goorin, and the entire BIDMC team for saving his life and feeding his courage daily.

He was proud to become an invited member of Beth Israel Deaconess's Patient and Family Advisory Council (PFAC), which developed the "Human First" motto, now a part of BIDMC mission logo. He also regularly volunteered for the American Cancer Society's Hope Lodge.

Dan is survived by Sharon Daniels, his wife of 41 years, and their loving family: daughter Shannon Stillings of Alexandria, Virginia, son-in-law retired Marine Colonel Kris Stillings, and granddaughters Tessa Stillings and Hayley Stillings; daughter Molly Sullivan of Kensington, New Hampshire, son-in-law John Sanders, and granddaughter Reilly Sullivan Sanders; daughter Meg Sullivan of Providence, RI, and daughter-in-law Nicole Maynard. He had a special bond with each, and was surrounded by the love of his whole family in his final days and moments.

Dan the performing artist will be remembered as a consummate professional and supportive colleague. Dan the man will be remembered by those closest as a true artist, who found the creative in everything, but conscious choice in "one thing every day." In the last few years, he turned to the visual arts to express his cancer experience, and shared Sullivan Studios each year at JP Open Studios with family artists Molly and Reilly. He loved the theater and his family-no role and no job was too small or menial for him to take on with great purpose. The same guy who performed with the greats in international venues truly loved to repair, paint and build props, sing in the church choir, beef up the bass section of the university opera, and do roles with kids. He was an encourager, a dreamer, and a champion for others. He was a carpenter, a fix-it man, a cook, a proud man with an infectious smile, genuine sweetness, a zany sense of humor and a ringing, hearty infectious laugh.

A public memorial and celebration of Dan's life will take place on March 11th at 1:00 pm at United Parish, 210 Harvard Street, Brookline, MA.

Contributions in honor of Dan Sullivan may be made to Beth Israel Deaconess Hospital Departments of Hematology and Oncology in Boston, MA http://www.bidmc.org/Give-to-BIDMC.aspx, and The Manton Avenue Project in Providence, Rhode Island www.mantonavenueproject.org.

To send flowers to the family or plant a tree in memory of Daniel Sullivan, please visit our floral store.

To send flowers to the family in memory of Daniel Sullivan, please visit our flower store.