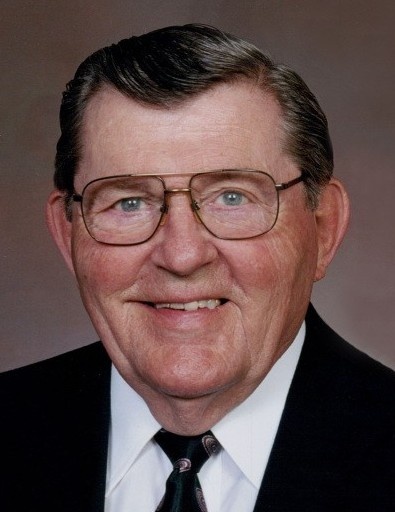 He was born on February 4, 1927 in LeRoy, IL, a son of Charles and Elizabeth Staley Scott. He married Edith Irene Henderson on October 15, 1949 in Bloomington, IL. She survives.

He was preceded in death by his parents, five brothers and one sister.

Darrel attended University of Illinois after receiving an athletic (football) scholarship. After which, he served two years in the U.S. Army. He was also employed with TWA for years in Peoria as well as Kansas City. Darrel held several sales positions and a real estate license working with various Real Estate Companies in the Peoria area.

Darrel was a lifetime member of the Farmington Masonic Lodge #192 AF & AM. He was also a member and participant of the Peoria Chapter of Barbershoppers.

Funeral services will be held at 2 p.m. on Saturday, April 17, 2021 at Argo-Ruestman-Harris Funeral Home in Eureka, IL with Masonic Services at 1:45 p.m. Pastor Ron Martz will officiate. Visitation will be held one hour prior to services on Saturday at the funeral home. Burial will be at Olio Township Cemetery in Eureka IL where military rites will be accorded graveside.

Memorial contributions may be made to the Shriner Children’s Hospital or Farmington Masonic Lodge #192 AF & AM. Online condolences may be sent to the family at www.argoruestmanharris.com.

To send flowers to the family or plant a tree in memory of Darrel G. Scott, please visit our floral store.

To send flowers to the family in memory of Darrel Scott, please visit our flower store.