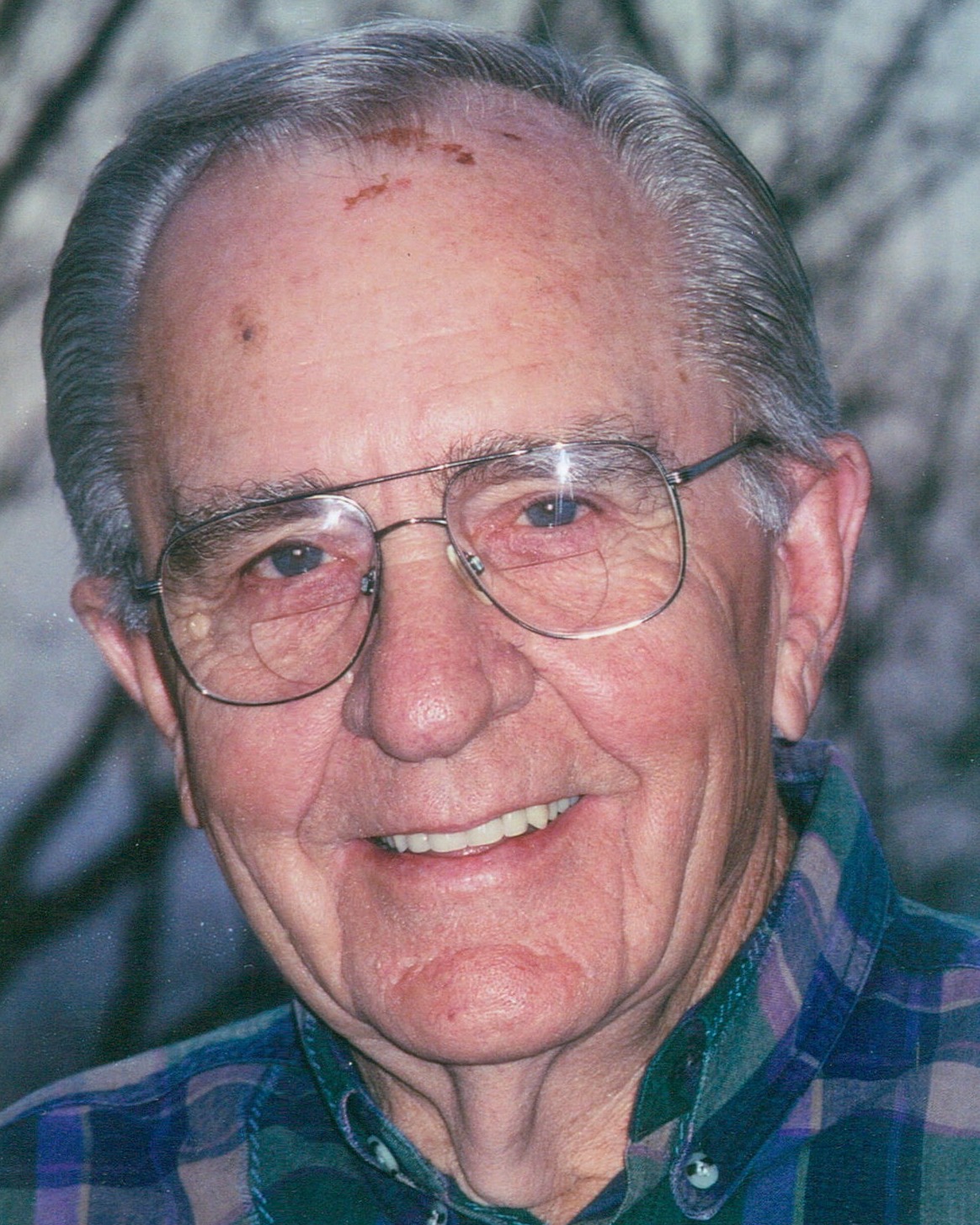 Dick was born on January 31,1932, in Turkey, TX, to Doc and Tabby Young. He was the last of ten children, and the last to leave this life. They were Robert, Linous, Othel, Carmel, Dick, Colleen, Gladys, Doletha, Desda and Harmon.

Dick's love of nature came from living on the farm, planting crops, seeing them grow, gathering them in and processing. He decided that he didn't, however, want to be a farmer. He tried several means of making a living, was in the Army, 11th Airborne in parachuting. Early on, he was a marching leader with some lively marching phrases. The grandchildren and greats loved hearing him call those phrases out. He dearly loved the army and his country.

He had a business of his own, and then became very successful in the insurance business. Dick graduated from Turkey High School where he met and married Eloise Stephens. They had a son, Stephen, decd, and a daughter named Lisa (Mark) Anderson who gave him two grandchildren, Garrett and Holley. From Garrett came Carter, John, Jordan and Mackenzie. He was a loving grandfather, ready to either josh, laugh or teach them from God's love.

Dick became an avid fan of Jesus and God. He began studying and teaching anyone who would listen, whether at home, his church or the mission field. Baptized many people: in the church, tanks and streams. Did mission work in Jamaica for about ten years. After the death of his wife, Weezie, he met and married Joyce Guest, a high school sweetheart friend. That union brought her children, Cyndy (Mike) Andrews and her two, Katie and Matthew, and Jan (Ellis) Augsburger with her three, Elisha, April and Austin into the family. They produced Mackenzie and Logan, Lev, Derby and Remy, Bray and Hallie. He adopted them and showed them in every way that he loved them as his own. He was that little light that lit up the darkness with a smile, a kind word, funny remark wherever he went. He loved people. Visitation will be at 10:00 and services at 11:00 on Wednesday, January 4th, at the Eureka Church of Christ, Eureka, IL.

In lieu of flowers, memorials may be made to Mision Para Cristo, Nicaragua, in care of Eureka, IL, Church of Christ. This mission provides health care, food, education, shelter, and caring for children in Nicaragua and Honduras. Online condolences may be made to the family at www.argoruestmanharris.com.

To send flowers to the family in memory of Dick Young, please visit our flower store.