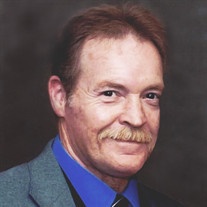 Donald F. Knoll, 60, of Eureka passed away on December 3, 2019 at his residence. He was born on March 20, 1959 in Peoria the son of Cletus and Shelby (Kenyon) Knoll. He married Kathy Witkowski on October 22, 1995 in El Paso.
Donald proudly served his country in the U.S. Army as a member of the 82nd Airborne Division. After the service he worked as a Cowboy in Arizona for many years. More recently, Donald worked for Bridgestone-Firestone in Bloomington-Normal for 14 years.
He is survived by his wife: Kathy Knoll of Eureka; 1 son: Clayton Knoll of Prescott, AZ; 3 stepchildren: Jeremy (Jill) Renken of Normal, Heather (David) Mayes of Bloomington, Christopher (Jessica) Renken of Hudson; 2 brothers: Larry (Brenda) Knoll of Leadville, CO, Ronald (Lorraine) Knoll of Phoenix, AZ; 3 sisters: Mary Beth (Tim) Verhelst of Anchorage, AK, Sonya (Greg) Woodrum of Mt Zion, IL, Jayne Knoll of Bloomington; and 4 grandchildren: Noah, Taytem, Quaid and Bailey.
He was preceded in death by his parents and step-son, Derek.
Donald was an avid fan of the Chicago Cubs, loved to fish and camp, and was a longtime member of Liberty Bible Church. He loved to spend time with his family.
His family sends a special thank you to the Unity Point Methodist Hospice Team for their outstanding care.
A Celebration of life will be held at a later date. Cremation rites have been entrusted to Argo-Ruestman-Harris Funeral Home in Eureka.
Online tributes and condolences may be made at argoruestmanharris.com. Memorial contributions in honor of Donald may be directed to his family.


To send flowers to the family or plant a tree in memory of Donald F. Knoll, please visit our floral store.

To send flowers to the family in memory of Donald Knoll, please visit our flower store.