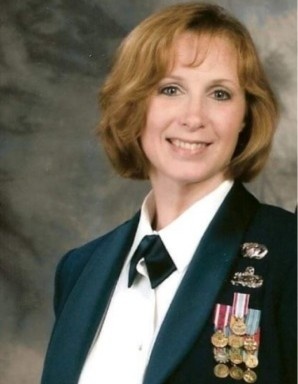 Donita K.R. Curtis, 58, of Eureka, formerly of Dana, passed away on Thursday November 18, 2021 at Unity Point Methodist Medical Center in Peoria. She was born on July 21, 1963 in Pontiac the daughter of Tjark E. and Mary (Clark) Rients.  Donita married Brian Curtis on March 19, 1995 at Hickam Air Force Base, HI.

She graduated from Dana-Minonk-Rutland High School class of 1981. Donita joined the U.S. Air Force on August 2, 1983 and retired on August 31, 2013 after proudly serving more than 30 years active duty. Her assignments included Alaska, Philippines, Texas, Hawaii, Illinois, Colorado and Germany.  Donita was awarded the Bronze Star for her service in Afghanistan and Iraq in 2009.  Her other decorations include the Defense Meritorious Service Medal, the Air Force Meritorious Service Medal with 4 Oak Leaf Clusters as well as the AF Commendation Medal with 3 Oak Leaf Clusters.  Donita received her Masters Degree in Workforce Education and Training from Southern Illinois University in Carbondale as well as a Bachelors Degree in Communications and Information from the Community College of the Air Force.
She was a longtime member and officer in the Air Force Sergeant's Association, lifelong member of St. Petri's Lutheran Church of Flanagan, a substitute teacher in Eureka, and served Woodford County as an Election Judge and member of the Housing Board.

She was preceded in death by her parents and one brother James Baker.

A visitation will be held on Tuesday November 23, 2021 from 5 to 7 pm at Argo-Ruestman-Harris Funeral Home in Eureka.  Funeral service will be held on Wednesday November 24, 2021 at 11am. Visitation will be one hour prior to the funeral at St Petri Lutheran Church in Flanagan. Pastor Amy Berger will officiate. Burial will follow with military honors at St. Petri Lutheran Cemetery.

Memorial contributions in honor of Donita may be addressed to the Air Force Sergeants Association. Online tributes and condolences may be made at www.argoruestmanharris.com.

To send flowers to the family or plant a tree in memory of Donita K.R. Curtis, please visit our floral store.

To send flowers to the family in memory of Donita Curtis, please visit our flower store.