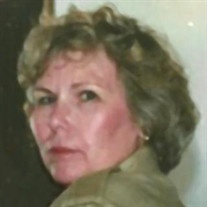 Dorothy was born on Jan. 18, 1929, in Alamo, Tenn., a daughter of John Robert and Alma Lee Sorrels Lonon. She married Charles Edward Klyce on Oct. 2, 1948, in Corinth, Miss. He passed away on Dec. 19, 1997. She also was preceded in death by her parents; her infant daughter, Connie Jo Klyce; one sister, Mary Sue Miller; and four brothers, Herschel Lonon, Leroy Lonon, Howard Lonon, and Herbert Lonon.

Dorothy was a loving mother and homemaker for her children for many years. She was loved by her entire family and will be greatly missed by them all.

Private family graveside services will be held at the Olio Township Cemetery in Eureka, with Rev. Tom Zobrist officiating. Argo-Ruestman-Harris Funeral Home in Eureka is handling the arrangements for the family.

In lieu of flowers, memorials may be made to the Peoria Affiliate of the St. Jude Children's Research Hospital or the Alzheimer's Association-Central Illinois Chapter, also in Peoria, Ill. Online condolences may be sent to the family at www.argoruestmanharris.com.

To send flowers to the family or plant a tree in memory of Dorothy Maxine Klyce, please visit our floral store.

To send flowers to the family in memory of Dorothy Klyce, please visit our flower store.