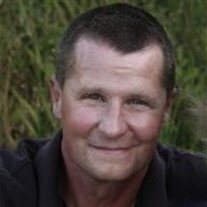 Edward J. Klaus, 60, of Manhattan, KS, formerly of Eureka, died on Thursday, August 7, 2014, at his residence in Manhattan. He was born in Peoria on June 11, 1954, a son of William V. and Mary Ann Leman Klaus.
Ed grew up in Eureka and was a graduate of Eureka High School, Class of 1972, where he was a competitive member of the wrestling team. After graduation, Ed enlisted in the U.S. Army and served honorably in the 2nd Ranger Battalion, 75th Ranger Regiment at Fort Lewis, Washington (1975-1978). He later graduated from the Missouri University of Science and Technology in Rolla with a BS in Petroleum Engineering. Rather than following the peripatetic life of a petroleum engineer, Ed moved back to Eureka after marrying Jeanette Trulson on April 11, 1987. She survives.
Ed was employed as a civil engineer with A.J. Dowiatt, Inc. in Eureka for 10 years. He then worked at the civil engineering firm of Lewis, Yockey, and Brown Inc. in El Paso for ten years. In 2010, he and his wife moved to Manhattan, KS, where he worked for the U.S. Army Corps of Engineers (USACE) at Fort Riley. Ed was recognized for his work on the construction of the new Irwin Army Community Hospital with the USACE Heartland Award for Determination and Dedication. He also had the honor of working on the fitness center for the Fort Riley Warrior Transition Battalion.
Ed was a lifetime member of the National Rifle Association (NRA). As an NRA-certified Safety Instructor, he volunteered for 14 years for the Woodford County NRA Youth SportsFest, which introduces children age 8 to 17 to the shooting sports, held annually at the Secor (Illinois) Sportsman's Club. Honor, loyalty, and the Army Ranger's motto "Rangers Lead the Way" guided Ed's life; he stayed physically fit, jogged daily, and remained a devoted Chicago Cubs fan. He was an avid student of U.S. history, the current political scene (national, state, and local). He was proud of voting in every election.
Ed was preceded in death by his parents. He is survived by his wife Jeanette, his brother William of St. Charles, IL; his children: Heather Klaus of Lincoln, IL; Kristina Klaus of Eureka, IL; Andrew Klaus of Avon, CO; his step-children: Kyrstin Anderson of Eureka, IL; Laurie Burns of Littleton, CO; Maureen Boswell of East Peoria, IL; and five grandchildren.
Ed's work on the hospital and fitness center at Fort Riley inspired his staunch support for wounded warriors, so his family asks that memorials be given to the Gary Sinise Foundation, PO Box 50008, Studio City, CA 91614-5001, (http://www.garysinisefoundation.org/) or any Wounded Warrior charity of donor's choice.
His inurnment with full veteran's honors will be in Olio Cemetery in Eureka at a future date. Argo-Ruestman-Harris Funeral Home is handling local arrangements. Online condolences may be directed to his family at www.argoruestmanharris.com

To send flowers to the family or plant a tree in memory of Edward J. Klaus, please visit our floral store.

To send flowers to the family in memory of Edward Klaus, please visit our flower store.