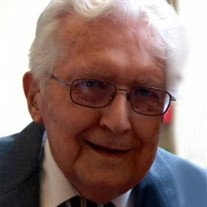 He was preceded in death by his parents, one infant daughter Pamela Sue, five sisters, and one brother.

An Army veteran, he served his country during the Korean War.

Eugene was the owner of Fehr's Decorating in the Phoenix and Tuscon area. He had a passion for the fine arts and was an excellent carver and painter. He also enjoyed restoring old cars and antiques, and re-upholstering furniture. He was a loving husband, father, and grandfather and will be dearly missed.

He was a member of the Roanoke Apostolic Christian Church where funeral services will be held at 10:00 a.m. on Friday, May 13, 2016. Church ministers will officiate. Visitation will be held from 4-7 p.m. on Thursday, May 12, 2016 at the Argo-Ruestman-Harris Funeral Home in Eureka and also from 9-9:45 a.m. on Friday prior to the services at church. Burial will be in the Roanoke Apostolic Christian Cemetery. Argo-Ruestman-Harris Funeral Home in Eureka is handling arrangements.

Memorial contributions may be made to the Apostolic Christian Home in Eureka. Online condolences may be sent to the family at www.argoruestmanharris.com.

To send flowers to the family or plant a tree in memory of Eugene L. Fehr, please visit our floral store.

To send flowers to the family in memory of Eugene Fehr, please visit our flower store.