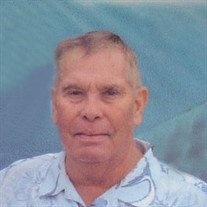 Jim was born on April 15, 1946 in Peoria, IL a son of Gerald and Bonnie Gher Harper. He married Jill (Krumholz) Litwiller on September 21, 1996 in Washington, IL. She survives.

Jim graduated with an Agriculture major from ISU.

Jim worked as a land assessor for the state of Illinois. He was a salesman for AO Smith Harvester in Wisconsin and he was the owner/operator of JH Car Wash in Washington for 32 years.

In lieu of flowers, memorials may be made to Snyder Village in Metamora or UnityPoint-Methodist Hospice . Online tributes and condolences may be made to www.argoruestmanharris.com.


To send flowers to the family or plant a tree in memory of James "Jim" Harper, please visit our floral store.

To send flowers to the family in memory of James Harper, please visit our flower store.