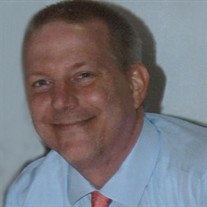 He was born on October 13, 1971 in St. Paul, MN a son of Mike and Vicki Brown Strehlow. He married Cindy Hanley in East Peoria. She survives.

He was preceded in death by his step-father, Stan Bushman.

James enjoyed music, computers, and sports. He was an avid Minnesota Vikings fan.

A visitation will be held on Friday, February 20, 2015 from 5-7 pm at the Argo-Ruestman-Harris Funeral Home in Eureka. Cremation rites will be accorded.

Memorial contributions may be made to an education fund for his children in care of Eureka Community Bank. Online condolences may be sent to the family at www.argoruestmanharris.com.


To send flowers to the family or plant a tree in memory of James Strehlow, please visit our floral store.

To send flowers to the family in memory of James Strehlow, please visit our flower store.