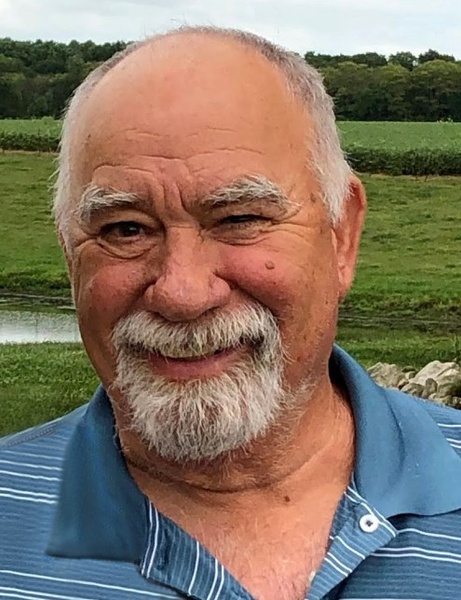 John Paul Reel was born on July 25, 1948, in Bloomington, IL, the son of Merle and Esther (Eglin) Reel.  During his youth, John was active in 4-H, FFA and school athletics.  He graduated from Danvers High School.  He received a degree in animal science from Illinois State University where he was a member of the livestock judging team.  John served his country in the Army Reserves during the Vietnam war.  John married Martha Altorfer on May 28, 1977.  He farmed in the Congerville area his entire life raising Angus cattle, hay, corn and soybeans.  He also worked for Penn Packing Company buying and selling hogs at the Peoria Stockyards and graduated from the Missouri Auctioneer school.

John loved raising and showing cattle.  He was a 4-H leader for many years.  He coached his children’s softball, baseball and basketball teams.  John had a way with sharing his wisdom with so many of his “hay crew” kids.  He always enjoyed watching a game.  Some of his favorites were the St. Louis Cardinals, Iowa State Cyclones and his kids and grandkids teams.

To send flowers to the family or plant a tree in memory of John P. Reel, please visit our floral store.

To send flowers to the family in memory of John Reel, please visit our flower store.