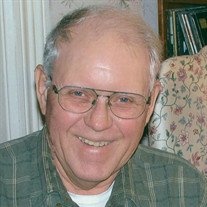 He was preceded in death by his parents and sister, Linda Parker.

Jon was raised in LaCrosse, WI, moving to Alton, IL at age 18. He worked for McDonnell Douglas and joined the Air National Guard. His unit was deployed to Europe and Africa during the time the Berlin Wall was built. Upon his return to the U.S., he continued working for McDonnell Douglas and graduated with a degree in Business Administration from SIU Edwardsville, IL. He began his career at Caterpillar Inc. in Peoria, IL in 1970, working for thirty years in Purchasing and Materials. He retired in 2000 as a Division Manager in Central Purchasing.

Jon was a licensed pilot for many years. He belonged to many aviation clubs, including EAA (Experimental Aircraft Association) and The Monocoupe Club. He enjoyed antique and classic auto restoration, speed boat racing, woodworking and motorcycles. His generosity of spirit was well known, from helping others to his love for animals. Feeding his beloved cats and giving treats to the neighbors' dogs gave him much pleasure. Jon played an active role in his grandson's Cub and Boy Scout activities, spending many hours over the years volunteering for Eureka Boy Scout Troop 57, which eventually led to Alec's achievement of Eagle Scout last year.

Visitation will be held from 1 to 4 p.m., Saturday, June 11, 2016 at Argo-Ruestman-Harris Funeral Home in Eureka, IL. A private family burial will take place at a later date.

May you soar like an eagle with the wind beneath your wings, Jon.


To send flowers to the family or plant a tree in memory of Jon Douglas Herreid, please visit our floral store.

Please click here to view the video tribute
To send flowers to the family in memory of Jon Herreid, please visit our flower store.