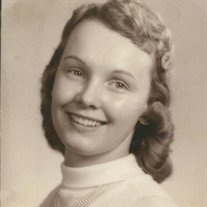 Eureka- Kathleen K. Coheely, 74, of Eureka, IL passed away at 6:10 a.m. on Tuesday, September 27, 2016 at the Apostolic Christian Home of Eureka.
She was born on November 6, 1941 in Peoria, IL a daughter of Ernest Holland Humes and Alice Kyle Humes. She married Dennis G. Coheely on June 19, 1961 in Eureka, IL. He passed away on October 3, 1992.
Surviving are three daughters, Lori (Mark) Wilder of Eureka, IL; Terri Coheely of Jackson, TN; Jill Baker of Washington, IL; seven grandchildren; one great grandchild; and her best friend "Boo" her three year old rat terrier.
She was preceded in death by her parents, one sister, one infant grandson.
A Celebration of Life will be held at a later date. Cremation will be accorded. Argo-Ruestman-Harris Funeral Home in Eureka, IL is handling arrangements.
Memorial contributions may be made to Unity Point Hospice. Online condolences may be sent to www.argoruestmanharris.com.

To send flowers to the family or plant a tree in memory of Kathleen Coheely, please visit our floral store.

To send flowers to the family in memory of Kathleen Coheely, please visit our flower store.