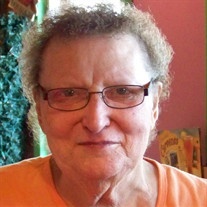 Marilyn worked as a waitress at the Grand Hotel Restaurant in Bloomington retiring after 26 years of service.

Memorials may be made to the Humane Society in Bloomington.

Online tributes and condolences may be made at http://www.argoruestmanharris.com./


To send flowers to the family or plant a tree in memory of Marilyn Wettstein, please visit our floral store.

To send flowers to the family in memory of Marilyn Wettstein, please visit our flower store.