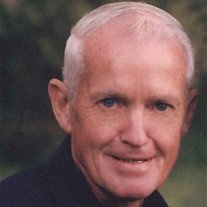 He was preceded in death by one daughter, Dianne Crawford and one infant granddaughter, Jennifer.

Maury had worked in the autobody repair industry all of his life working for Allstate as a claims adjustor and had worked for various autobodies in the area. He last worked for Sapp Autobody in Peoria and was the co-owner until his retirement.

A Marine veteran, he served his country during the Korean War and was a member of the American Legion Post #466 in Eureka.

He was active with the Eureka Volunteer Fire Department for over 30 years and served as chief for a period of time. In the past he enjoyed being a Cub Scout leader and Little League Coach. Maury loved old cars and restored many cars in his career including two ‘56 Chevy's.

He was member of the Apostolic Christian Church in Eureka where funeral services will be held at 10:00 am on Friday, May 30, 2014. Church ministers will officiate. Visitation will be held from 5-7 pm on Thursday evening at Argo-Ruestman-Harris Funeral Home in Eureka and from 9-9:45 am on Friday at the church. Burial will be in the Roanoke Apostolic Christian Cemetery where military rites will be accorded at the grave.

Memorial contributions may be made to the Apostolic Christian Home of Eureka or Eureka Fire Department. Online condolences may be sent to the family at www.argoruestmanharris.com.


To send flowers to the family or plant a tree in memory of Maurice "Maury" Crawford, please visit our floral store.

Please click here to view the video tribute
To send flowers to the family in memory of Maurice Crawford, please visit our flower store.