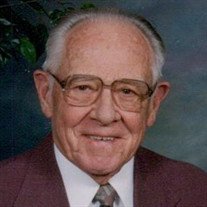 He was preceded in death by his parents, two brothers, and two sisters.

An Army veteran, Glenn served his country with the Army Air Corp during WWII. He was a member of the American Legion Post #466 for over 70 years and a member of the Masonic Lodge for over 50 years.

Glenn worked as a farmer early in life then worked as an insurance agent for Pekin Insurance in Eureka. He also drove a school bus for the Eureka School District.

A memorial service will be held at 11:00 am on Saturday, April 8, 2017 at Argo-Ruestman-Harris Funeral Home in Eureka with full military rites. Pastor Dan Waller will officiate. Visitation will be one hour prior to the memorial service at the funeral home. Cremation rites will be accorded.

In lieu of flowers, memorials may be directed to the American Legion Post #466. Online condolences may be sent to the family at www.argoruestmanharris.com.


To send flowers to the family or plant a tree in memory of Norman Glenn Garey, please visit our floral store.

To send flowers to the family in memory of Norman Garey, please visit our flower store.