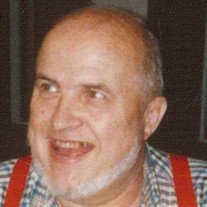 Paul L. Gottshall, 82, of Eureka, IL passed away at 8:44a.m. on Monday, April 2, 2018 at Select Post Acute Care in Eureka.
He was born on March 6, 1936 in Penn Yan, New York a son of Paul S. and Alberta Stevens Gottshall. He married Eva M. Cady on May 22, 1959 in Dundee, New York. She survives.
Survivors also include his children, Lorraine(Dan) Wilson of Plano, TX; Paul C. (Arlene) Gottshall of Washington, IL; Amy (Chuck) Ely of Seattle, WA; 10 grandchildren, Scott, Alicia, Stephanie, Kelsey, Paul A., Erik, Angela, Sarah, Jennifer and York; 10 great grandchildren and 2 on the way; one brother, Alan(Theresa) Gottshall of Bath, New York; one sister, Bonnie(Norm) Edwards of Mechanicsville, VA.
He was preceded in death by his parents and one brother, Dick.
Paul attended college at the Rochester Institute of Technology and started his career as an Electrical Engineer at IBM, in Endicott, NY, where he was involved in developing some of the first computers. He learned about an opening at Illinois Central College and accepted the role in 1969.
Paul worked as a professor of Electronics at Illinois Central College for 37 years retiring in 1996. His son Paul graduated from the program in 1981, and continues to get asked by other graduates, "How's your Dad?", as he was known as a caring, encouraging, mentor and teacher.
He was a master gardener, an Eagle Scout and loved to fish.
Paul was a devoted Christian and loving husband, father, grandfather, and great-grandfather. He always seemed more comfortable on the floor playing with kids than acting his age :) He was a member of Living Faith Fellowship Church in Eureka and was also a member of the Woodford County Historical Society.
Funeral services will be held at 11:00a.m. on Friday, April 6, 2018 at Argo-Ruestman-Harris Funeral Home in Eureka. Pastor Brett Woerner will officiate. Visitation will be held on Thursday, April 5, 2018 from 5-7p.m. at Argo-Ruestman-Harris Funeral Home in Eureka and also one hour prior to the funeral services on Friday at the funeral home. Burial will be in Olio Township Cemetery in Eureka.
Memorial contributions may be made to Living Faith Fellowship Church Building Fund. Online condolences may be sent to the family at www.argoruestmanharris.com.


To send flowers to the family or plant a tree in memory of Paul L Gottshall, please visit our floral store.

Please click here to view the video tribute
To send flowers to the family in memory of Paul Gottshall, please visit our flower store.