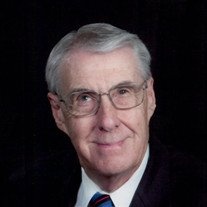 A veteran of the Korean War, he served in the US Navy from 1951-1955 on the Destroyer Escort USS Sturtevant DE 239 and the Submarine Tender USS Bushnell AS 15.

Phillip was a member of the Eureka United Methodist Church serving in many capacities including; member of the Administrative Board, chairman of the finance committee, and head of the ushers committee.

Phillip was active with the masonic lodge William C. Hobbs #306 in Eureka where he was initiated in 1955. He served as worshipful master in 1961. He was a life member of Taylor Lodge #98 in Washington and a dual and charter member of Cathedral Lodge #1179 in Peoria. He joined the Mohammed Temple in Peoria on April 28, 1962 and served as director in 1994. He was the past president and past director of the Dramads Unit. He was a member of the Mohammed Temple Legion of Honor, Hillbilly Clan #44, Royal Order of Jesters, Peoria Court 40, Kachina Billiken Klub, and a charter member of Peoria Caravanserai #6 of El Hajj. He received the Honorary Legion of Honor Award from the International Supreme Council, Order of DeMolay in 1987. He was a life member of the Scottish Rite, Valley of Peoria since 1958 and served as Thrice Potent Master in 1968 and Commander in Chief from 1984-1986. He received the Meritorious Service Award in 1973 and the 33rd Degree in 1976 in Milwaukee, WI. Phillip was elected an active member of the Supreme Council in 1985.

A memorial service will be held at 11:00 am on Thursday, June 29, 2017 at Eureka United Methodist Church. Rev. Paul Wier will officiate. Visitation will be from 10:30-11:00 at the church on Thursday. Cremation rites will be accorded and inurnment will be in Olio Township Cemetery at a later date. Argo-Ruestman-Harris Funeral Home in Eureka is assisting the family with arrangements.

In lieu of flowers, memorials may be given to the Eureka United Methodist Church or Shriner's Children's Hospital. Online condolences may be sent to www.argoruestmanharris.com.

To send flowers to the family or plant a tree in memory of Phillip C. Kenney, please visit our floral store.

To send flowers to the family in memory of Phillip Kenney, please visit our flower store.