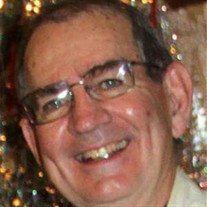 He was preceded in death by his parents, two sons, Matthew McCollum and Dave Plunk; one brother, Lynn McCollum.

Richard worked at Caterpillar for 25 years and later owned and operated Tri-C Company in Eureka.

He was an avid race car fan enjoying all types of racing. He loved spending time with his children and grandchildren.

In lieu of flowers, memorials can be made to the OSF Hospice. Online condolences and tributes may be left at argoruestmanharris.com.


To send flowers to the family or plant a tree in memory of Richard D. McCollum, please visit our floral store.

Please click here to view the video tribute
To send flowers to the family in memory of Richard McCollum, please visit our flower store.