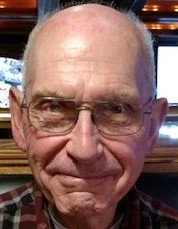 He was born April 4, 1939 in Peoria to Edgar and Fayette (Draher) Wolf. He first married Judy Davis. He later married Marjorie Cunningham on September 5, 1987. She preceded him in death on November 26, 2011.

He was also preceded in death by one sister and one step-grandchild.

Robert was a graduate of Washington High School and a graduate of Ranken Trade School in St. Louis, MO. He served three years in the U.S. Army. He was employed at Caterpillar in maintenance for 32 years, retiring on June 1, 1991. He later worked for the late Dr. Gerald Couri in Peoria, the Village of Deer Creek and for Infinity Recycling in Eureka.

He was of the Christian faith, having accepted the Lord at the age of fourteen. He was a member of Liberty Bible Church in Eureka.

A memorial service will be held on Saturday, April 10, 2021 at 10 a.m. at Liberty Bible Church in Eureka with a visitation from 9:00-9:45a.m. Pastors Tom Zobrist and Dan Waller will officiate. Cremation has been accorded. Argo-Ruestman-Harris funeral home in Eureka is assisting the family with arrangements. Private burial of his ashes will be in Olio Township cemetery.

Memorials may be made to Liberty Bible Church in Eureka or cureglioblastoma.org (748 Brooks Ave. Venice, CA 90291).

To send flowers to the family or plant a tree in memory of Robert A. Wolf, please visit our floral store.

To send flowers to the family in memory of Robert Wolf, please visit our flower store.