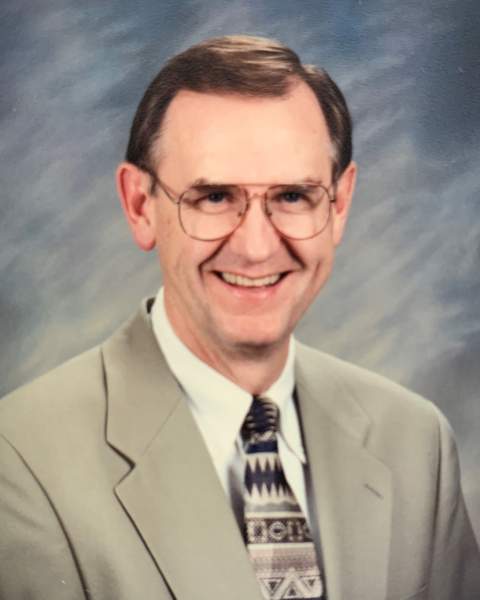 Terry Ridgely Klaus, 82, passed away on November 8, 2022 at the Apostolic Christian Home in Eureka, IL, after living with Alzheimer’s Disease for several years. He was born on September 29, 1940, in Eureka, the son of Caesar Klaus, Jr. and Mary Elizabeth “Skee” Ridgely Klaus, both deceased. He received his B.A. in Education in 1963 from the University of Illinois at Urbana-Champaign and his M.A. in Education in 1967 from Arizona State University. Terry leaves behind his wife of 52 years, Mary Margaret of Eureka, their daughter Carrie Klaus and two grandchildren, Penny and Harvey Cummings of Greencastle, Indiana.

In 1962 Terry married Janet Rokey of Congerville. In 1963 they moved to Mesa, Arizona, for Jan’s health, as she had been diagnosed with Cystic Fibrosis shortly after their marriage. While in Arizona, Terry taught music and math at Mesa Junior High School, directed youth and adult choirs at two different churches, and worked at several part-time jobs. The couple lived near Jan’s parents, Ervan and Ione Rokey, who had also moved to Mesa for the health of two of their sons. Jan passed away in 1967. Terry moved back to Eureka in 1968.

Terry met Mary Margaret Smith in 1969 in Eureka, where she was serving as Extension Advisor, Home Economics for the Cooperative Extension Service, having moved to Illinois from the Washington, D.C. area. They were married on March 7, 1970, the birthday of Terry’s mother, at Eureka Christian Church, the second marriage performed there by the Reverend Marvin Cheney, who had been recently hired.

Terry worked at Caterpillar from 1968 to 2002 with positions in Data Processing, Purchasing, and Succession Management. He retired in 2002 as Corporate Succession Planning Manager. In addition, he served as Director of Drama and Music for nine Caterpillar musicals from 1969 to 1974. Each musical played for ten performances at the former Shrine Mosque in Peoria.

Terry was an active member of the Christian Church, Disciples of Christ, in Eureka. Over the years he served as a Sunday school teacher, Deacon, Elder, and Choir Director, among other positions. He was a Eureka College Trustee from 2004-2012. He also enjoyed music, golf, reading, puzzles, playing games with friends, and spending time with his family. He cherished spending time with his grandchildren, especially playing Ping-Pong with them. Penny and Harvey remained close to their Grandpa throughout his last years.

The family thanks Dr. Steve Jones, Dr. Chris Hughes, and the nurses and staff at the Apostolic Home for their compassionate and loving care for Terry. Terry was a cheerful, kind and generous person who delighted in helping others. His faith remained steadfast throughout his life. He will be sorely missed.

Visitation will be from 4-7 p.m. Friday, November 11, 2022, at Argo-Ruestman-Harris Funeral Home, 508 S. Main Street, Eureka IL. There will be a visitation Saturday, November 12, at the Eureka Christian Church, 302 S. Main Street, Eureka IL,  from 10:00 a.m. until time of Funeral Services at 11:00 a.m. Burial will follow at Olio Township Cemetery. Memorials may be directed to Eureka Christian Church or The Apostolic Christian Home of Eureka in memory of Terry.

To send flowers to the family in memory of Terry Ridgely Klaus, please visit our flower store.

Gravesite- Please dress for the weather