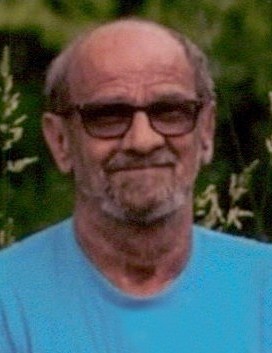 Wayne Spencer, 62, of Eureka, IL passed away at 4:41 p.m. on Friday, October 22, 2021 at his residence with family by his side after a long battle with cancer.
He was born on February 14, 1959 in Mattoon, IL a son of John and Shirley Bolen Spencer. Wayne married Sandy Nixon on June 28, 1986 in Eureka, IL. She survives.
He is survived by his wife, Sandy Spencer of Eureka, IL; two daughters, Brandy Spencer of Washburn, IL; Brittany Spencer of Eureka, IL; two brothers, Kenny (Shawna) Spencer of Eureka, IL; Scott (Emily) Spencer of Moline, IL; three grandchildren, Erynn and Madelynn Rogers; Gabriel Jarvis; his beloved dog, Bella.
Wayne was preceded in death by his parents and one sister.
Wayne worked at Mitsubishi Motors for 26 years and then the Apostolic Christian Home of Roanoke for 4 years.
Wayne was an amazing Husband, Dad and Papa. Wayne loved to spend time with his family and friends rather it be boating, snowmobiling or camping. Every single person whoever met Wayne like and loved him. Many looked up to Wayne as a father figure. He was loved dearly and will be missed by many.
Funeral services will be held on Tuesday, October 26, 2021 at 2:00 p.m. at Argo-Ruestman-Harris Funeral Home in Eureka. Craig Neal will officiate. Visitation will be held on Tuesday, October 26, 2021 from 12noon- 2 p.m. at Argo-Ruestman-Harris Funeral Home in Eureka. Burial will be in the Olio Township Cemetery in Eureka. Argo-Ruestman-Harris Funeral Home in Eureka is handling arrangements for the family.
Memorial contributions in Wayne’s honor maybe directed to the Lung Cancer Foundation of America. Online condolences may be sent to the family at www.argoruestmanharris.com.

To send flowers to the family or plant a tree in memory of Wayne Spencer, please visit our floral store.

To send flowers to the family in memory of Wayne Spencer, please visit our flower store.